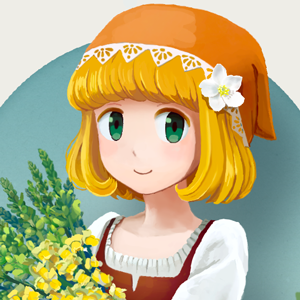 Welcome to the team, Misaki! Tell us a little bit about yourself and your background

Hello! I'm an animator from Chiba, Japan. I had an elder sister who loved games, and I grew up with lots of games. I would ask my parents for video games as birthday gifts and holiday gifts every year.

I dreamed of becoming a game developer, so I enrolled in the Department of Imaging Arts and Sciences at Musashino Art University, a breeding ground for many important people in the game industry. There I learned the basics of video editing, hand-drawn animation, and 3D CG animation. At that time, I was still not very sure what I wanted to specialize in, but I was interested in animation that looked 2D, such as creating animations by adding watercolor textures on polygons even though I was using 3D software.

Later, I joined a company that publishes overseas smartphone games for the Japanese market as a "designer". While doing tasks related to visuals such as creating app icons, UI, banners, and websites, I stumbled across Spine. As I had learned 3ds Max in university, I found Spine very easy to use, and its intermediate expression between 3D and 2D was exactly what I was looking for. I immediately fell in love with it.

After that, I worked mainly on 2D animation with Spine at another company for a while and eventually became a freelancer.

What brought you to Spine?

Actually, I've been helping out with the Japanese translation of the Spine editor UI, blog posts, tips, video subtitles, etc. for a while now. Then, when I made up my mind to become a freelancer, Nate asked me if I could be the contact for Japanese customers. The reason why I was asked to help with the translation in the first place was because I had pointed out several times on the forum that “this translation is wrong (or difficult to understand)”. Every time I pointed it out, Nate and the rest of the Spine team always responded with a polite thank you and a quick fix, and I have great respect for them. Therefore, when I received the offer, I said I would be happy to help.

What's your role on the Spine team?

I will mainly be in charge of providing support and Japanese translation for Japanese Spine users.

I've been working as an animator, so my knowledge of runtime and in-game implementation is still limited, but I'll do my best to mediate between Japanese users and other team members to solve problems smoothly.

I will also be doing promotional activities to spread the word about Spine in Japan, as well as providing information that will be useful not only for Japanese users, but for all users. However, we are still exploring what kind of information and opportunities Japanese users and those who are interested in Spine are looking for, so we would like to adapt our activities to your needs. I'd appreciate it if you'd post your thoughts in the forums!

Question from the audience: what is your all time favorite video game?

It's very hard to answer, because I really like so many games!

However, if I were to rephrase it as "the game I played the longest", I think it would be "Harvest Moon 2" for NINTENDO64. I have played other games in the series, but I especially like the characters, graphics, and music of "Harvest Moon 2". I think I could keep playing it endlessly even now.

Speaking of NINTENDO64, I also played “The Legend of Zelda: Ocarina of Time”, but at the time I had no idea how to progress in the game and just enjoyed running around the town all the time. Both "Harvest Moon 2" and "Ocarina of Time" have the concept of time, so it was interesting to see how the behavior of the townspeople changed depending on the time, and I remember having fun just following after the townspeople. I was following a family of carpenters in Kakariko Village. If any of you can relate to that, please let me know! :D

Say "Hello" to Misaki on the forum!